Today’s marketing trends are consumer-centric, meaning a brand's success depends on what consumers say about it. Social media platforms are a hub for consumers who want to get a recommendation or talk about a brand experience. Buyers find this user-generated content (UGC) more reliable than what brands say about themselves. Today, consumers can serve as brand ambassadors for your brand with UGC.

Why UGC Matters In Marketing 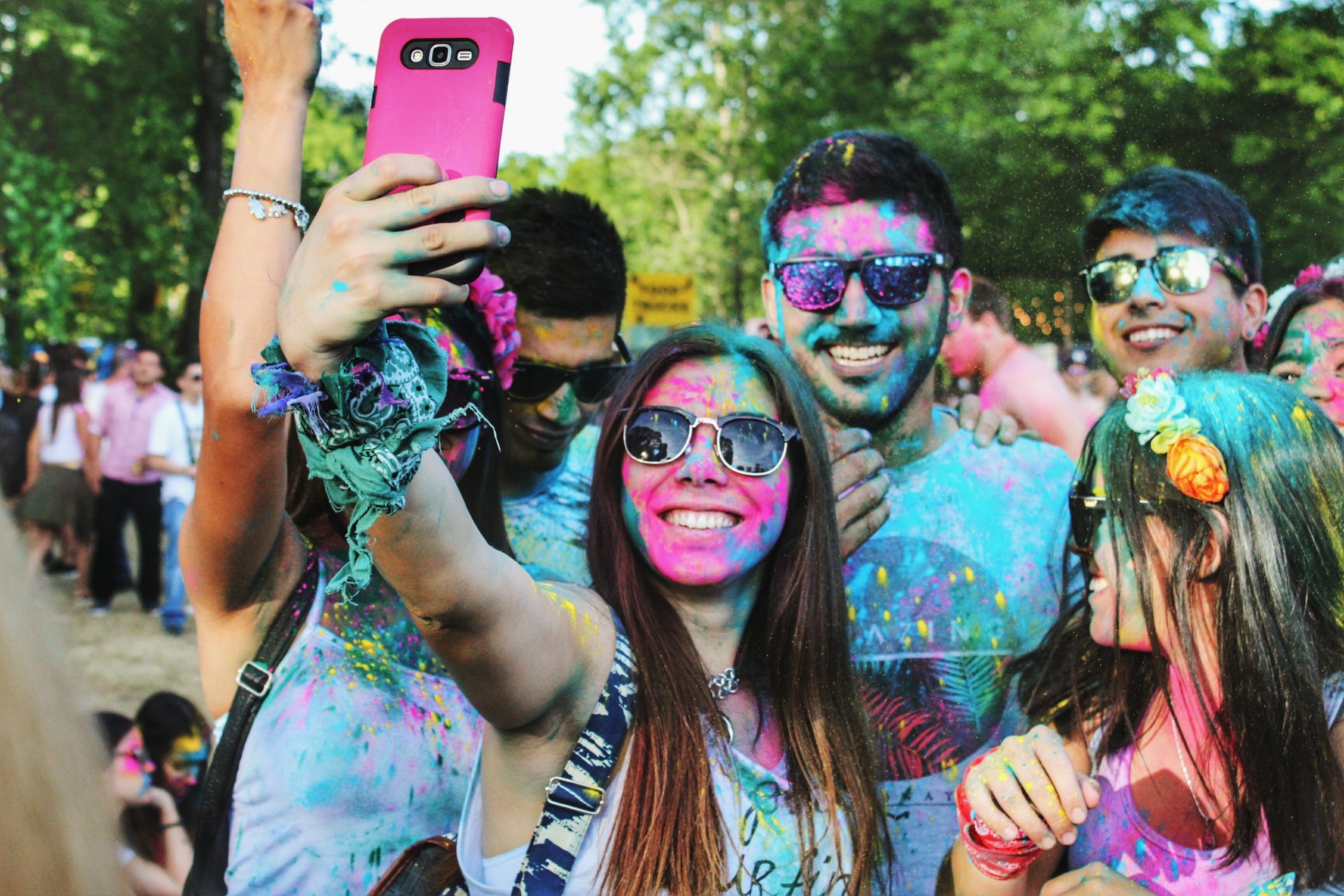 A decade ago, consumers had access to only a handful of digital platforms. Today, more platforms are around, and more people are using them. Not only that, but sites such as Yelp, Twitter, YouTube, and Instagram enable the creation and sharing of UGC.

It doesn’t stop there because technology is evolving fast. Artificial intelligence, virtual reality, and gamification are all adding to the importance of user-generated content.

Billions of people all over the world walk around with this technology in their pockets and bags. The global spread of smartphone use has been a significant factor in making it fast, quick, and simple for people to produce content and distribute it on digital platforms from anywhere, at any time.

The importance of UGC is evident, but who does it right? As with most things marketing, there are standout brands that do it best, like these seven UGC examples.

Samsung worked with K-pop girl group Blackpink to promote the hashtag challenge #danceAwesome before launching the Galaxy A smartphone. The K-pop singers shared a TikTok video in which they danced to the campaign's famous cry, "Awesome screen. Awesome camera. Long-lasting battery life.”

Popular influencers embraced the fad, flaunting their dancing routines in front of millions of followers, stirring up even more UGC. The #danceAwesone campaign produced 20.5 billion views and a lot of publicity for Samsung phones and Blackpink.

They are a surprising contender in this category, but The UPS Store took advantage of UGC to market themselves to small business owners and consumers in one swoop. The campaign encouraged small business owners to use their Instagram accounts to post about their companies with #TheUPSStoreCustomer.

In return, UPS shared the post, increasing the reach for the small business. The UPS Store struggled because they don’t offer products that the casual consumer regularly buys, like packing boxes or shipping peanuts. They took advantage of their B2B customers to get more attention from their B2C audience.

It was a win-win approach for both the store and its business customers, who also got more attention from consumers. They were able to introduce their brand to social media posters without dipping into their marketing budget.

Lays ran a #DoUsAFavor Twitter hashtag contest for a chance to win one million dollars. Users had to visit the Lays' website to enter a pitch for chips with different flavors and design the bag for them. A team of judges selected three flavors, which were then distributed to retailers. Customers voted on their favorite tastes via Twitter, Facebook, and text messaging.

The fact that Lays included their followers throughout the entire process is why this marketing works so effectively. It was a well-spent million dollars because not only did they increase traffic to the website, they also generated news stories about their brand. 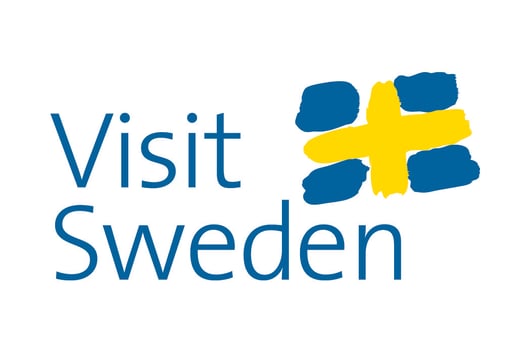 One of the most unique approaches to UGC comes from the Swedish Tourism Board. People tend to suspect travel agency wanderlust photographs. That is why a significant amount of time, money, and effort in the travel industry involves hiring influencers, generating sponsored advertising, and designing content. The Swedish Tourism Board devised a clever way to promote its locations with little to no work.

They started a campaign that connected people living in the country with consumers who called an advertised phone number. The Swedish ambassadors signed up to talk to potential tourists and received no compensation or training. Their only goal was to promote their beautiful country to people that might come visit. It was a way to spur economic growth through tourism.

Locals addressed callers' queries, shared their experiences, and conversed with them. The initiative's success was due to actual discussions with people who sincerely love their nation. They relied on honest conversations to boost tourism, in contrast to specific marketing initiatives. It’s a UGC campaign that won them the DIrect Grand Prix prize at the Cannes Lions Festival.

One of the most impressive user-generated content examples comes from Coca-Cola. In 2012, they introduced specially designed Coke bottles with people’s names on them. It became an international game to find a bottle with the name of someone you knew on it.

While in stores, shoppers searched through piles of Coke cans and bottles, looking for a name. When they were successful, they took a photo and uploaded it online with the hashtag #ShareACoke.

The social media buzz was impressive. Consumers posted pictures of Cokes with their names on them. It led to:

Those results tell you everything you need to know about effective UGC marketing.

Japanese retailer Uniqlo ran a successful UGC campaign with the help of influencers and Tik Tok. Their #UTPlayYourWorld contest generated social media followers for the brand.

The contest called for people to post a video that was creative and inspiring to the social media platform while wearing one of the company's graphic tees. They also had to follow Uniqlo’s Tik Tok account to play. Winners got featured in the company’s stores and on their social media accounts.

Uniqlo chose TikTok for this campaign because they wanted to attract Gen Z-ers. Thanks to the characteristic music and Uniqlo shirt, viewers could easily recognize the brand and recall their items when browsing through their news feed. Tik Tok influencer Sebastian Bails played and was rewarded with 193,000 likes.

Fashion’s most iconic brand sought to empower consumers with its #MyCalvins underwear campaign featuring celebrities and influencers from all over the world, including superstar Justin Bieber. According to one study, Bieber’s 2015 #MyCalvins video got almost 10 million views and generated 1.6 million interactions.

The ads featured celebrities telling social media viewers what they did in their Calvins. The statements by design showed consumers how important Calvin Klein was in the daily lives of famous people. They encourage social media users to jump in and share their stories, as well. The brand featured the best photos posted with the hashtag on their #MyCalvins microsite.

It was a chance for social media users looking to share or be influencers themselves to gain followers. It also empowered them to get approval for their personal style.

How to Put These UGC Examples to Use for Your Brand

The beauty of UGC is that you don’t have to be a globally recognized brand to use it effectively. Start with determining which social media platforms are good fits for your brand. The way you include user-generated material into your social media feed may differ depending on the platform. As a result, you must first decide which platforms you wish to target.

Facebook remains one of the most active social media platforms, but ads work best on this site. Facebook ads use a combination of text and images to attract viewers' attention as they scroll through their news feeds.

The demographic for Facebook might not be suitable for all brands, though. Companies looking to appeal to the younger generations might want to stick with Instagram or Tik Tok. These are also the choices you want if you use influencers or want to be an influencer.

Next, make catchy hashtags the star of your campaigns. Hashtags are about discoverability. They prompt the audience to share content from your brand or about your products.

It’s not enough to create a campaign and hope it works, though. You have to find ways to draw people to it. The more people that take part, the better your chances of success. That is one reason so many companies look to social media influencers to spread the word.

Influencers can be the secret weapon that gets a UGC campaign trending on multiple social media platforms. The followers of these Influencers regard them as trustworthy information sources.

You can grow your content across platforms by combining user-generated and influencer marketing. And the use of influencers doesn't necessarily have to come with a hefty price tag. Influencers come in all levels of popularity, and some appeal to critical audiences.

An influencer doesn’t have to be an A-list celebrity that will charge you thousands for a single tweet. Sometimes, it's better if it isn't a celebrity promoting a brand unless it is organic. Celebrity campaigns generate buzz, but it will feel less intimate for the average consumer than a campaign that involves one or more social media influencers.

Influence marketing can be a budget-friendly way to boost the effectiveness of a UGC campaign. This is why user-generated content and influencer marketing are critical components of any content marketing plan. If done effectively, you not only reach new audiences but also increase confidence among your current consumers.

Beatly is the leading global platform for brands looking for influencers and influencers looking to support brands. With two great options, self-service, and full-service, companies looking to get the most out of their next user-generated content marketing project can boost it even further by adding on the right influencer.