AI Influencers: Is This The Future of Influencer Marketing?

What Is an AI Influencer?

The concept of AI influencers has actually been around since 2016 and in some cases even earlier than that. However, it wasn’t until 2018 that AI influencers started gaining traction, and according to most predictions, 2019 will be an even bigger year for digital influencers. As you can tell from the name, an AI influencer is an influencer based on Artificial Intelligence (AI). In other words, it’s not a physical influencer that walks our planet, but a computer created and controlled persona.

Note that there are also actual people referred to as AI influencers and they are usually prominent developers and experts within the field of Artificial Intelligence, but that's not the type of influencers we’re talking about today.

At first, it might seem strange to use a robot for influencer marketing, but the matter of the fact is that AI influencers have already become a hot topic and several of the world’s biggest brands have used them for very successful campaigns. The interest is mostly driven by the fashion and lifestyle industries. So far, AI influencers have been the most popular on Instagram due to the fact that it’s easier and more convincing to create image-based content for an AI. For example, an AI influencer on Twitter or Facebook is not as popular or effective yet since it requires an actual human connection. On Instagram, however, one can easily publish an animated image of an influencer wearing brand clothing with a great caption.

That being said, in the last couple of months, several of the most prominent digital models have started taking YouTube by storm proving that AI influencers can handle more than just Instagram ads. One of the more interesting aspects of AI influencers is that they get a lot of followers. As you will read further down on this page, there are AI influencers with millions of followers, and as far as we know, all of these millions of followers are aware that AI influencers are only used for marketing. In other words, we have seen a shift from where people generally try to avoid ads on TV and around the net by using ad blockers and such to a time where people are actively seeking out marketing channels on social media. In turn, this shift is helping brands reach a broader user group while also increasing the opportunities within influencer marketing. 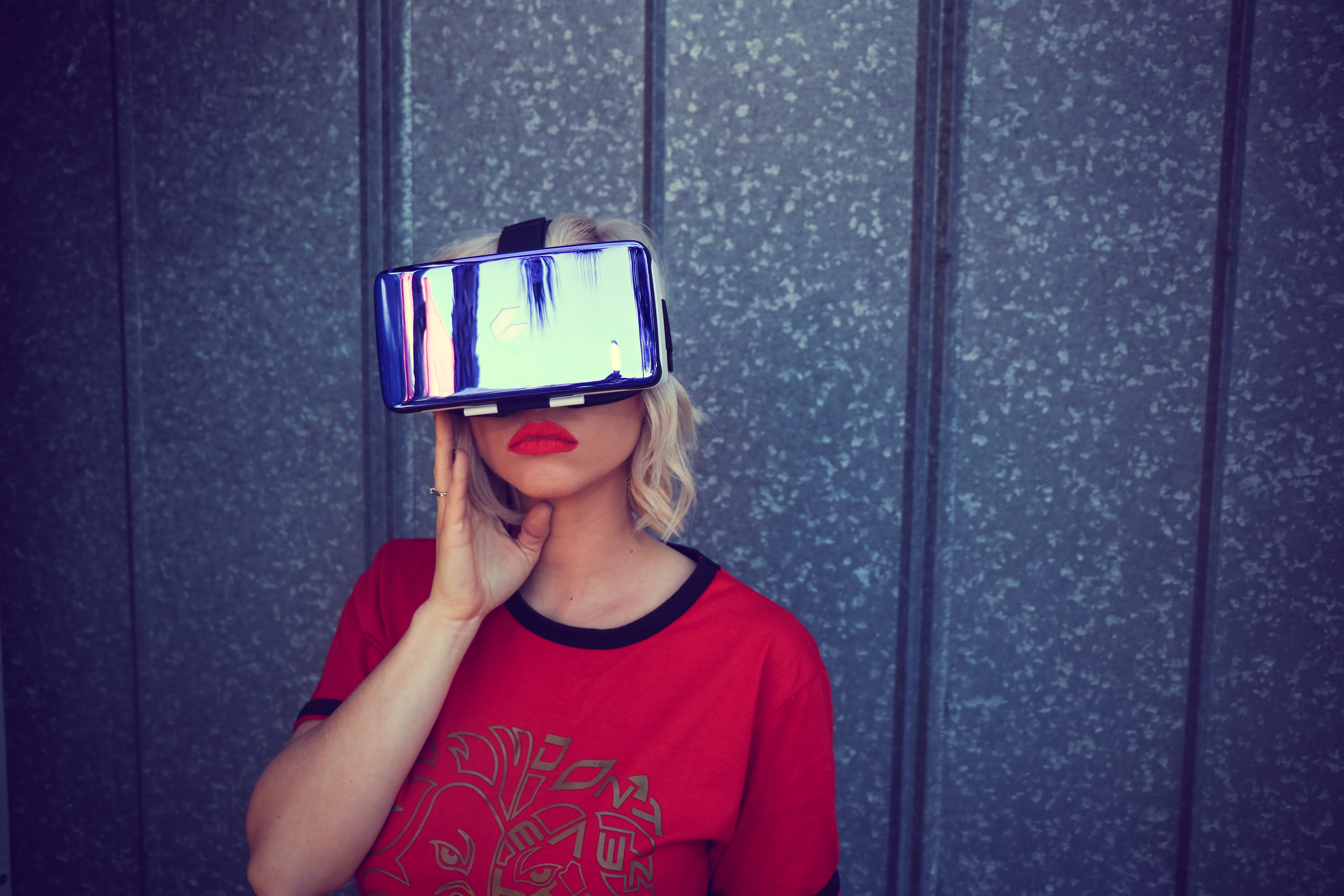 Photo by Tim Savage from Pexels

Some of the Biggest AI Influencers and Their Portfolios

To better understand how AI influencers actually work, we wanted to take a closer look at some of the biggest and most successful cases. So far, AI influencers have raised the most interest from the fashion world where everything from international fashion houses to more local streetwear brands are using them. Although, the potential is bigger than that and it seems like pretty much anything could be sold with the help of a robot on Instagram.

Today, the biggest and by far most successful AI influencer is Miquela Sousa, better known as Lil Miquela. She is 100% programmed and has more than 1.5 million followers on Instagram. She is also one of the most used AI influencers in terms of marketing. In 2018, Lil Miquela took over Prada’s Instagram account and did campaigns for UGGs and many more. She was also featured in the printed September issue of Vogue as well as an issue of V.

Naturally, this has helped her make headlines all over the world, and lately, she has become involved in activism where she openly supports the Black Lives Matter movement among others. Moreover, Lil Miquela has done CGI rendered ads and campaigns where she is posing with actual models and other influencers in an exciting mix of reality and technology. Behind Lil Miquela, is a secretive LA Startup that has been in charge of Miquela’s Instagram account since 2016, and it’s almost creepy to see all the comments and engagement that she gets. In addition to Lil Miquela, there is a range of other AI influencers. And to make things even more peculiar, many of these AI influencers have a connection or are “friends” on Instagram.

Blawko22 is an AI influencer and Instagram model who refers to himself as a Sex Symbol and always wears a face mask. He is also known as Lil Maquela’s good friend and is often spotted as her sidekick. In fact, Blawko and Miquela do everything from representing clothes to eating tacos together, all in a digital world. To make things a bit more bizarre, Blawko has a relationship with another influencer known as Bermuda but everything is far from perfect between them and Blawko is known to share both the ups and downs of their so-called relationship.

Another popular AI influencer with a strong and rapidly growing fan base and more than 11k followers on Instagram is Lil Wavi. Besides Instagram, much of Lil Wavi’s focus is on YouTube where he posts a range of different content. He is said to be in his 20s and known for his obscene facial tattoos and love of nice clothes. Lil Wavi is often seen sporting Gucci and Prada clothing although his work portfolio isn’t as broad as Lil Miquela’s or Blawko’s.

Besides these four AI influencers, there are several others, and it seems like new ones are popping up everywhere. 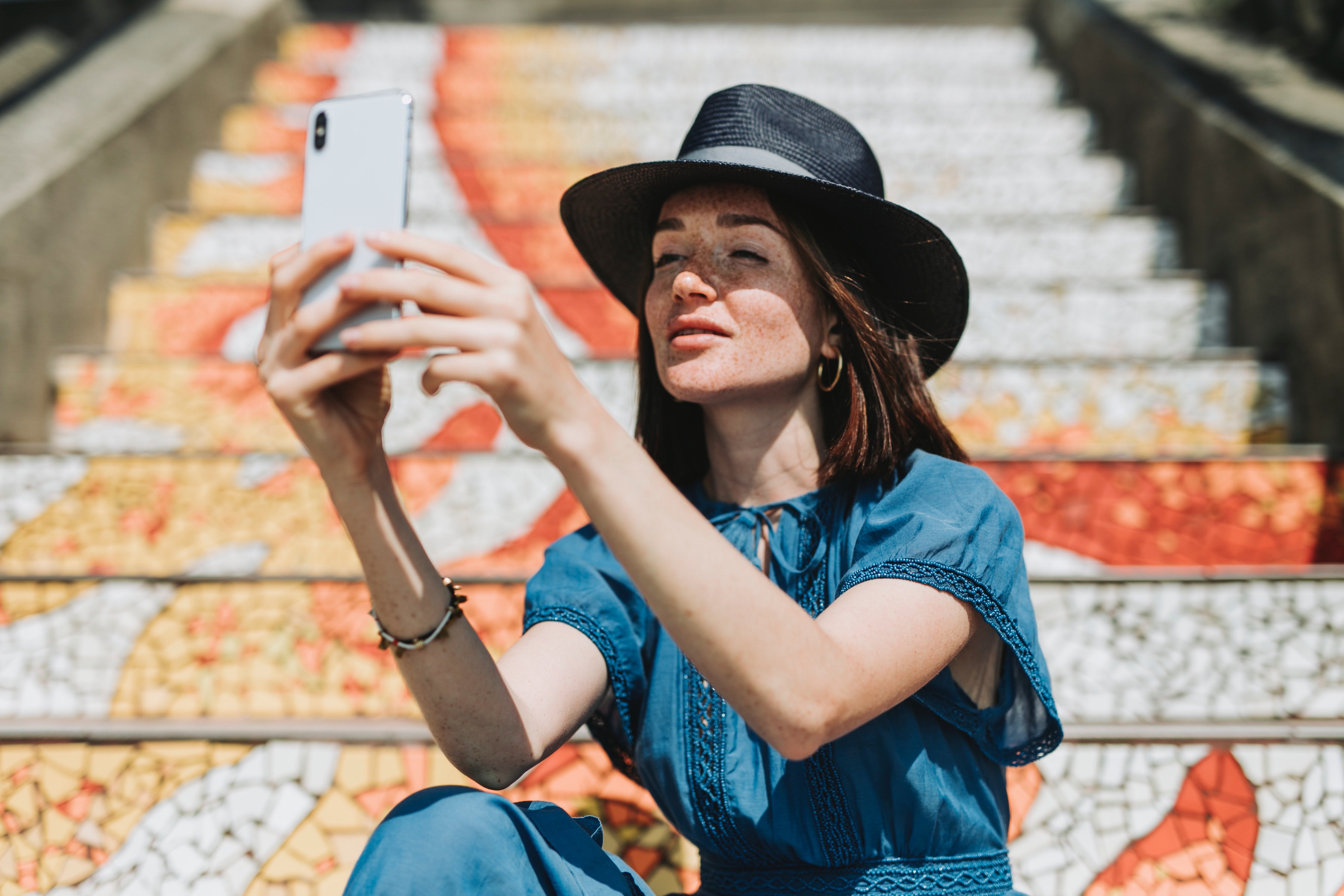 Photo by rawpixel.com from Pexels

As you might imagine, AI influencers and digital models are creating quite a stir in the industry. On one hand, you have people that are 100% for this and that love the development. These are the people that have already acknowledged that AI will become an increasingly more important part of our society and they are embracing it.

The other side is a bit more skeptical, and frankly, a bit freaked out by this development. They can see the benefits of using AI and even AI influencers but are baffled by the genuine fame and engagement that these robots are experiencing. In turn, this creates a dilemma where an AI influencer’s reach is limited since at least half of all social media users aren’t convinced that this is the way to go or aren't even ready to follow AI on Instagram.

That being said, AI influencers are providing results and sales for brands all over the world, and as long as that continues, AI influencers will stay around and probably become even bigger.

What is The Future of AI Influencers?

So, are AI influencers really the future or is it a fad that will pass? Considering that the market for AI influencers is only growing and that their influence on Instagram and YouTube is increasing by the day, we are certain that they will be around for many years. There are also several major brands that are planning to work with these influencers in the next 12 months so we can expect a lot of activity.

However, we cannot forget that these are robots and digital creations and that in some ways that go against the foundation of influencer marketing. You see, the reason influencer marketing became such a huge industry was because it allowed for “normal” humans to promote products to other “normal” humans. The relationship was and still is very human-like, built on trust and respect.

So far, this is something that AIs are not able to achieve and their ads will remain impersonal. And based on this, it seems like even though AI influencers could continue to grow, a complete takeover of the industry is extremely unlikely. Also, AI influencers are more dependent on a larger following than the rest of the industry, and the concept of micro and nano influencers aren’t suitable for an AI-driven market.

Lastly, another interesting potential development that this could result in has to do with the people behind the influencers. At the moment, all of the big AI influencers are created and controlled by digital brands working in AI and CGI. However, what is stopping brands from creating their own digital models? Could Gucci create their own AI influencer that only represents them? And what about if Gucci has their own influencer and Prada has another one, what would stop the two brands from switching influencers and working together?

Needless to say, AI influencers are an interesting topic and an up-and-coming market with massive potential.

Header by Spencer Selover from Pexels

Ready to get your Influencer Marketing up to speed? Join Beatly now!